A new family of extraterrestrial particles, probably of cometary origin, were discovered this spring by researchers from the Center for Nuclear Spectrometry and Mass Spectrometry (CSNSM) in central Antarctica. The micrometeorites, which are remarkably well preserved, are made up of organic matter containing small assemblages of minerals from the coldest and most remote regions of the Solar System. The team discovered two micrometeorites measuring no more than .003 inches and .01 inches across, “exhibiting a fine-grained, fluffy texture with no evidence for substantial heating during atmospheric entry.”

The larger object is 85% carbon -the essential ingredient for the organic chemistry needed for life, and the smaller one is 48% carbon. Both contain higher-than-expected amounts of deuterium, a rare form of hydrogen, in a concentration 30 times higher than is usually found mixed with hydrogen on Earth -all elements common in interstellar clouds of dust in deep space, far more ancient than the sun. When the team used a microscope to examine the dust particles they also found tiny crystals which could only have been “condensed or processed at close distances from the young sun.”

The French-Italian scientific base Concordia is located at Dome C in the central region of the Antarctic continent. This is one of the most remote places in the world, where the amount of dust of terrestrial origin is extremely small. 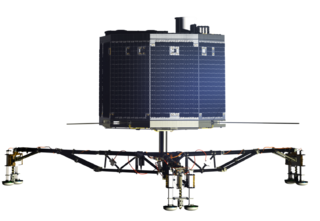 Wall Street Journal By Gautam Naik The probe that landed on the surface of a comet has discovered organic molecules, the most […]

Sounds exciting, but we’re skeptical so far. POLONNARUWA METEORITE WITH EVIDENCE OF LIFE FROM OUTER SPACE DESCRIBED THE MOST IMPORTANT FIND IN […]