16 Aug 2022, 13:50 UTC • By: Daniel Patrascu Panspermia is the theory that claims life here on Earth originated out there in space. Its supporters flaunt several ways life could have been brought to our planet, from an alien race knowingly seeding it, to it accidentally getting here by […] 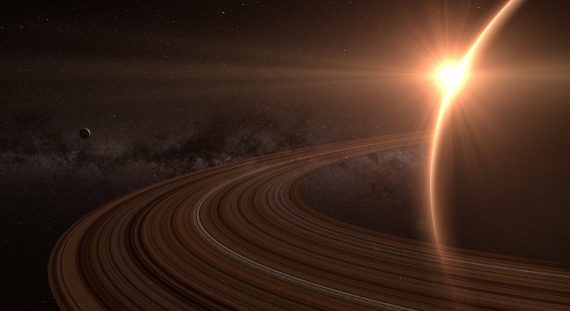 Interstellar grains seen by the Cassini spacecraft lend support to the old panspermia hypothesis. By Dirk Schulze-Makuch airspacemag.com April 21, 2016 After analyzing ten years of data from the Cassini spacecraft that’s been orbiting Saturn since 2004, a team of scientists led by Nicolas Altobelli of the European Space Agency […]

Sounds exciting, but we’re skeptical so far. POLONNARUWA METEORITE WITH EVIDENCE OF LIFE FROM OUTER SPACE DESCRIBED THE MOST IMPORTANT FIND IN 500 YEARS Posted on January 13th, 2013 by Walter Jayawardhana A meteorite that Landed recently, close to the ancient city of Polonnaruwa in Sri Lanka has been described […]

Still more compelling evidence: Other than its unfortunate headline, “We’re all aliens… how humans began life in outer space“, this new article from Steve Connor at The Independent is a compendium of a few of the highlights of our favorite subject here at CosmicSeed.  Rather than being an announcement about […]